At last, the long-awaited Clash of Clans update is live and presents both new content and gameplay improvements. New updates of Clash of Clans have been presented quite rarely over the last year, so this one is a notable thing for all fans of the game. For most of the last week of March, Supercell had been posting previews of the new features. But now we have the official patch notes and can tell you everything about the major CoC update of this season. 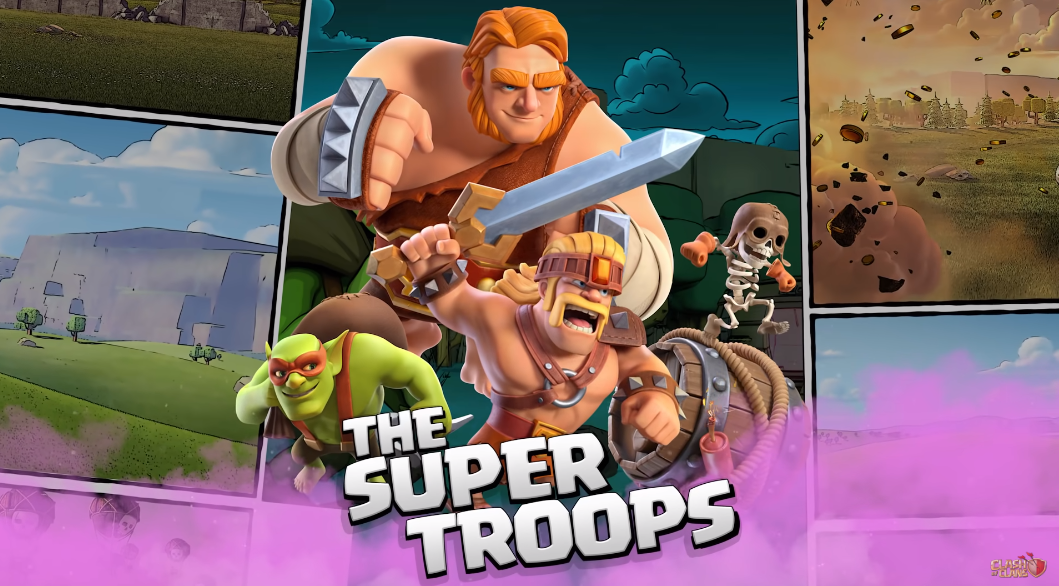 The major part of the update is the new category of troops, called Super Troops. They look a lot like the old ones but feature brand new unique abilities. The current version of the update includes 4 classes of Super Troops, but the developer promises to add more of them in the CoC next update. The first 4 troops are named Super Barbarian, Super Giant, Sneaky Goblin, and Super Wall Breaker. The abilities of all 4 are similar to their prototypes but are much more powerful. For example, the Super Wall Breaker can smash a town wall twice faster than his predecessor.

The special abilities are more exciting. A Super Barbarian can increase speed and damage for the first 8 seconds, a Sneaky Goblin is invisible to defenses for 5 seconds, a Super Giant breaks walls and defenses faster, and a Super Wall Breaker never fails with the bigger bomb anymore.

How To Get Super Troops?

After installing the new update, you will find a barrel-shaped shack near the Trader shop in the main village. If you have enough dark elixir, head on to the barrel to transform your average troops into the new ones. But don’t forget that the transformation will be active for 7 days, so activate it when you really need it. You can also combine your own Super Troops with the donated ones to save your dark elixir. It’s also a good way to expand the overall active time for your Super Troops. 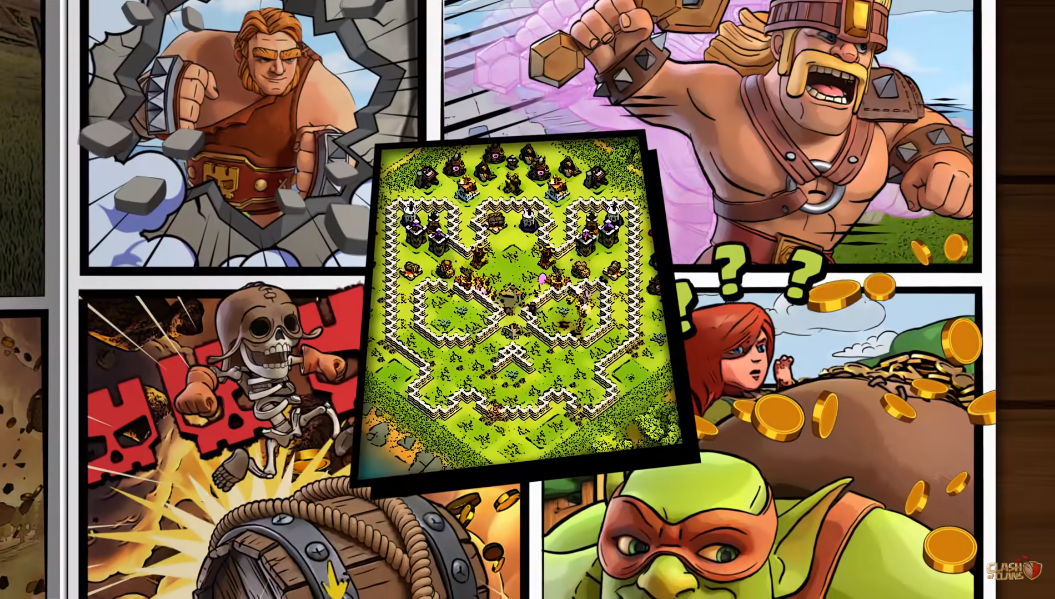 Using the extended upgrade levels list, you can keep upgrading your defenses, troops, spells, and village buildings. The available upgrades are available for particular Town Hall levels, including:

Other improvements relate to the Builder Base’s Clock Tower. Now the multiplayer speed is 10x instead of 8x, and the duration of boosts is extended from 3 to 11 minutes and from 14 to 30 accordingly. However, the cooldown now takes from 7 to 22 hours as well. While all these upgrades are pretty good, the new tiebreaker for the Builder Base is a cause of controversies.

Many players are strongly against the idea that there must always be a winner. Nevertheless, Supercell decided to insist on the concept. Now, you will lose the battle even if both you and your opponent have the same number of points but different remaining time.

The new update makes it much more exciting to play due to an extended range of strategy-making opportunities and faster dynamics of Super Troops. It’s great that Supercell tries to make the Clash of Clans’ gameplay more active. Hopefully, they will keep reducing the time of training and other dull tasks to let us concentrate more on battles. Do you like the new Clash of Clans update? Tell us what else you’d like to change to make the game better in the comment section below and share the update details with your clan members.

Your comment is awaiting moderation. We save your draft here